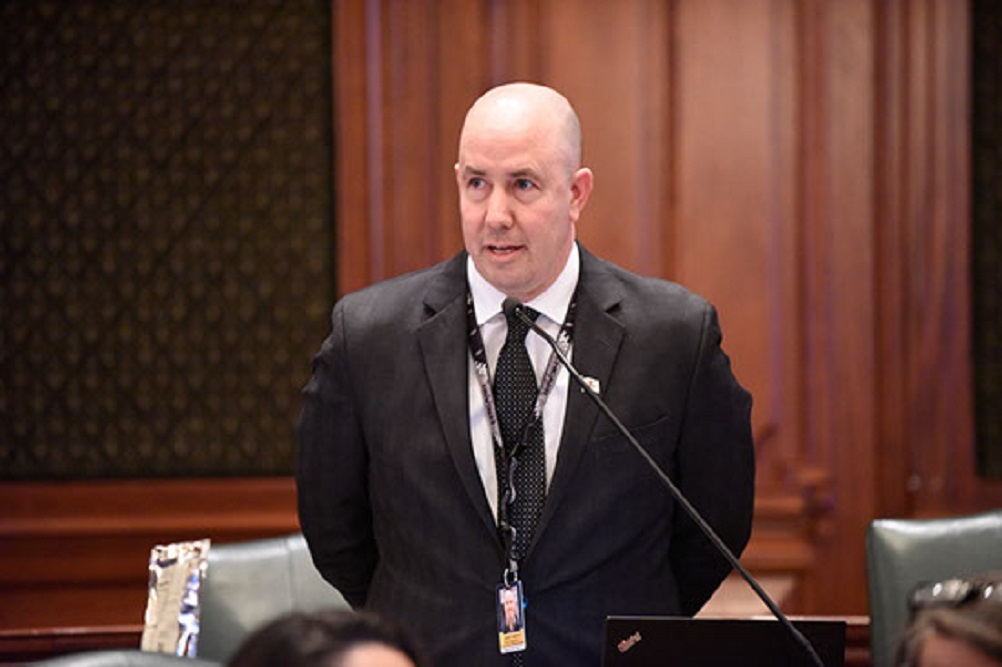 State Rep. Lance Yednock, D-Ottawa, is highlighting the new Open Illinois Checkbook Act that will increase transparency and accountability on Illinois’ finances, by asking the Illinois Comptroller’s Office to publish reports on where tax dollars go.

“Illinois is long overdue for fiscal accountability, and this new law will help lawmakers keep track of where tax dollars are going,” Yednock said. “Investments into education, job training and health care are vital to building a stronger Illinois, and now that we will have a better understanding of where the money is going, smart spending cuts and wiser investments can be made.”

Yednock is hailing the passage of the Open Illinois Checkbook Act, or House Bill 313, which asks the Illinois Comptroller’s Office to create and maintain a publicly accessible database within six months of the passage of this law that will detail the amounts of the expenditures made to vendors by which state department or agency that issued those payment.

“By February next year, lawmakers will have more information on where payments are going and we will be able to determine the efficacy of such payments,” Yednock said. “Government needs to judiciously invest its finite resources into the areas that matter, and having a clearer picture on Illinois’ finances will help lawmakers make those choices and ultimately help taxpayers.”

Want to get notified whenever we write about Illinois State House District 76 ?

Sign-up Next time we write about Illinois State House District 76, we'll email you a link to the story. You may edit your settings or unsubscribe at any time.