Educational financial aid must go to those in need, not to families that have "scammed the system," two Republican state representatives have said in response to allegations that some parents gave up custody of their children so that they could become eligible for support.

Illinois state Rep. Dan Caulkins (R-Decatur) is supporting an inquiry into the potential scandal, which emerged publicly in a report published in late July. 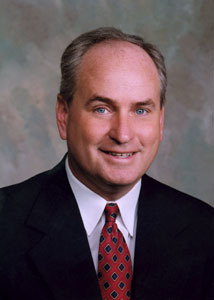 It is alleged that some parents, who were too well off for their children to qualify for financial aid, relinquished custody when they were in the late stages of high school. Lower-income relatives or friends were granted custody, it is claimed.

When the students were applying for aid, they were found to be financially independent and therefore only their personal income was taken into account, according to the ProPublica report. An investigation, led by the House Appropriations-Higher Education Committee, is ongoing in Springfield. A hearing was held last month.

Following the hearing, state Rep. Dan Brady (R-Normal), Republican spokesman on the committee, argued that families that game the system means that money is diverted from those in need.

"Over the past several years we have had truly needy students who were approved for assistance through our MAP grant program but didn’t receive it because the money simply wasn’t there," Brady said. "It’s very distressing to now understand that one of the reasons for that is that dozens of families who weren’t entitled to the assistance found a way to game the system. [Last month’s] hearing was the first step in making sure that won’t continue to happen."

Want to get notified whenever we write about Illinois Representative Dan Brady (R-105th) ?

Sign-up Next time we write about Illinois Representative Dan Brady (R-105th), we'll email you a link to the story. You may edit your settings or unsubscribe at any time.