CHILDREN'S HOSPITAL OF ILLINOIS BLOOMINGTON: Having a Worldwide Impact – One IV Pump at a Time 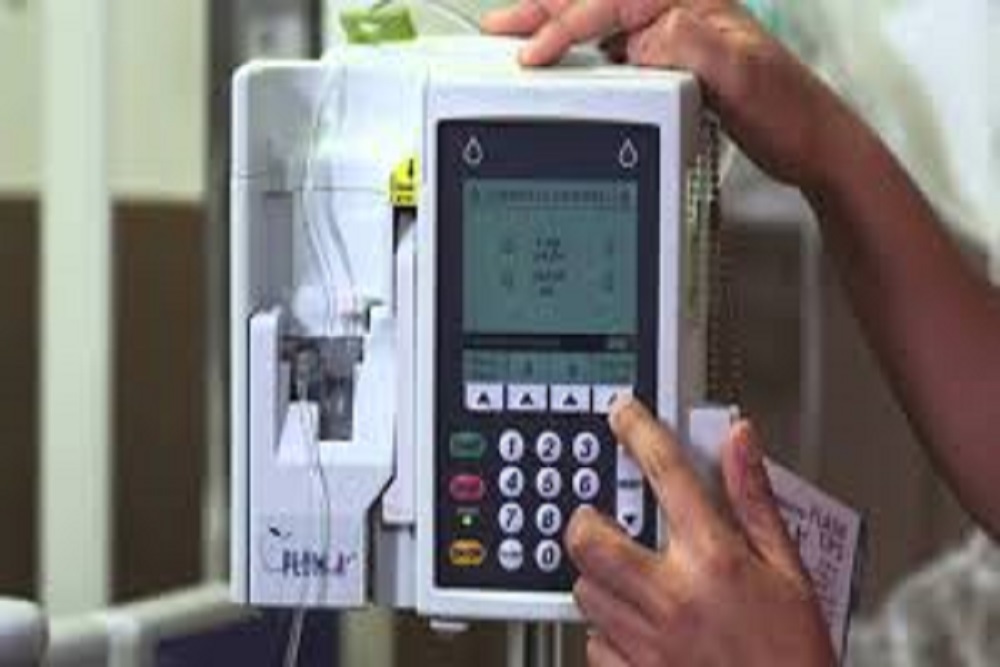 On any given day, nurses provide compassionate, and, often, life-saving care to their patients. Sometimes that care can have a worldwide impact because of how health care – and those who work in it – looks out for others.

Such was the case at OSF HealthCare Saint Francis Medical Center and OSF Children’s Hospital of Illinois in Peoria, Illinois in late 2018. Pediatric hematology/oncology nurses noticed one of their BD Alaris 8100 pumps completed its infusion nearly two hours faster than expected. The Alaris pumps are used for intravenous infusions and had been in use at the medical center since 2011. The nursing staff thought it was just an isolated incident and sent the pump off to be checked by the biomedical team.

Weeks later when the same thing happened to a different pump, and then a third, the team knew it wasn’t an isolated incident, escalating the situation to the quality and safety team for the medical center for review. With nearly 1,200 Alaris pumps in use across the 629-bed hospital, they knew they had to act fast to keep their patients safe, even going back to their nursing school training.

“We went back old school, back a long time ago before we had pumps that did this for us, and they started counting drips to verify the rate on the pump. And after we started counting the drips we noticed it again the very next day,” said Tiffany Klein, patient care manager, pediatric hematology/oncology OSF HealthCare Children’s Hospital of Illinois.

It was Tiffany Klein’s team that first identified something was wrong. She admits to being a little angry about the situation at first, especially when the problem didn’t initially recreate when the equipment was being checked.

As manager of biomedical equipment services at OSF Saint Francis, Scott Vaughn understood her frustration. The 22 people on his team are responsible for making sure all biomedical equipment – nearly 26,000 pieces – works correctly on a daily basis. A dozen people – more than half of the biomed team – was working to identify the problem with the Alaris pump, many losing sleep as they tried to find the answer.

Early in what ended up being a six-month process, Vaughn had the foresight to file a formal complaint with the Food and Drug Administration. He couldn’t imagine OSF Saint Francis was the only one having issues with so many pumps. But no one else had reported anything to the FDA and the manufacturer claimed to have no knowledge of the problem.

“I filed a complaint with the FDA. She read my report and she was kind of shocked by it. At that point we had disassembled hundreds of IV pumps,” said Vaughn.

Ultimately, Vaughn’s team worked with an engineer from the manufacturer, Becton Dickinson (BD), and found that there was a breakdown in some of the internal plastics used in the unit which caused small, hairline cracks to form on the pumping mechanism. If those inner workings were manipulated into a certain position, the medication would flow freely instead of at a controlled rate.

In June of 2019, BD and the FDA issued a worldwide, Class I recall of the BD Alaris Pump Model 8100, the most serious type of recall, because of the team at OSF Saint Francis and Children’s Hospital of Illinois bringing the problem to their attention. In its recall, the FDA said the use of the devices may cause serious injuries or death.

No patients at OSF were adversely affected by the pumps because of the diligence of the staff. BD eventually retooled how the pumps are made.

OSF HealthCare didn’t wait for the recall to take effect, choosing to replace the Alaris pumps at all of its 13 hospitals, some 2,400 pumps Ministry-wide, at a cost of more than $2 million.

In this season of counting one’s blessings, Tiffany Klein and Scott Vaughn still get emotional talking about their role and that of their teams in something that had such a global impact. Vaughn has the voicemail from his contact at the FDA, thanking him for what he did and gets choked up when asked about it.

“The lady that I have been working with left a message stating that we had done it, that Scott, you had saved lives and that eventually this would be a worldwide recall,” said Vaughn pausing to collect himself.

Klein added: “It's what we do every day and it really goes to show that being diligent and making sure that we're taking the best care of our patients not only affects the patient we’re caring for, it can affect the entire world.”

Want to get notified whenever we write about Children's Hospital of Illinois Bloomington ?

Sign-up Next time we write about Children's Hospital of Illinois Bloomington, we'll email you a link to the story. You may edit your settings or unsubscribe at any time.